Ed Birch has prepared many hot dinners for all our alumni. Ed Birch preparing his last supper
When we ask Alumni what they miss most about Concord....most say its the food.

So we thought it would be worth writing a story about Mr Ed Birch as it was Ed’s last day in the kitchen at Concord on the last day of term in April 2015 before he begins a well-earned retirement. And it was fitting that among the many dishes he has cooked over the last 27 years the final one should be his favourite – curry.

It was back in 1988 that the ex-Royal Marine, who has been a chef since he was 18, answered a Concord College advertisement for a chef and was successful. There were only three chefs and 180 students at the time and three months after starting at the college a new kitchen was completed on campus.

The kitchen and dining room have since been extended a number of times to accommodate today’s 510 students and 240 staff. In addition to 500 hot meals at lunch time, with a choice of four or five menus and a couple of vegetarian dishes, there are salads with three types of protein, and 400 different snacks including wraps, rolls and sandwiches.

Four hundred suppers are served seven days a week and to cater for such a large number of students and staff there are now 13 chefs, five kitchen assistants, 10 full time dining room staff and 20 part timers who are mainly young people living locally.
Diets of course have changed over the years and Ed remembers how much Asian food was cooked at one time.  Today, with such a different mix of nationalities, students also enjoy a more varied menu including Mediterranean and Central European dishes. As we have become more health conscious, the emphasis has also changed to lots of salads and huge volumes of fruit on a daily basis.
After completing his first six months at Concord, the Head Chef at the time retired through ill health and Ed and an ex-colleague jointly took on the role. About four years’ ago he was appointed the Dining Room Manager, a position he held until recently when he returned to the kitchen which had become extremely busy.

Ed is now looking forward to retirement, which will firstly begin with minding grandchildren, and will then develop as he intends to buy a country property with land to keep livestock. He already has four beehives and will add pigs and poultry and in the future he intends to make his own sausages and bacon.

Everyone at Concord past and present wishes him a long and happy retirement.

Can you spot Ted here... 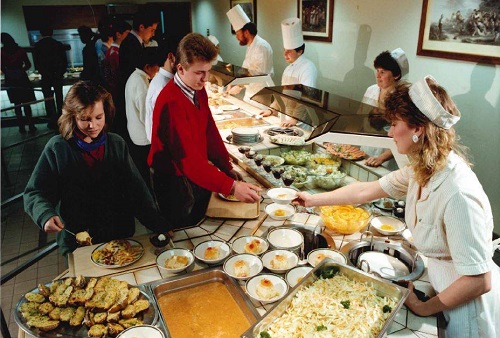 Some modern day pictures of Concord Food.  Use the comments box to tell us what you loved the most about Concord food... 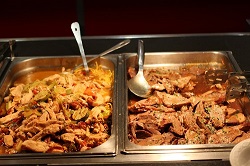 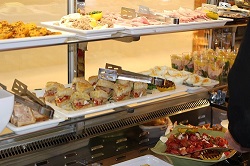 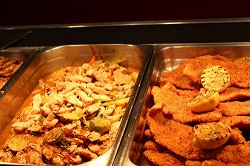 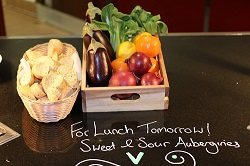 Recently featured in Forbes Magazine, this marketing entrepreneur gives his thoughts on life as a CEO, an author and what he was like at Concord! More... Seventy Years Culminate with a Night to Remember

And what a night it was with just over £27,000 being raised for the Concord College Anthony Morris Foundation More...

*
*
Login
or
Join
Cancel
This website is powered by
ToucanTech